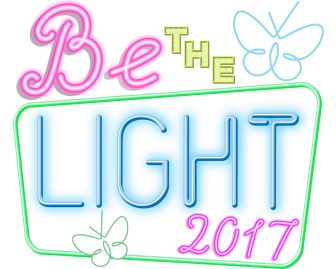 Please join us for an evening to benefit Matan’s work in training Jewish educational leadership to create inclusive learning environments.

If you have any other questions or concerns, please email sasha@matankids.org. Thank you!

Please purchase tickets and journal ads from the options below.

All journal ads must be submitted by May 23rd, 2017.
If purchasing a journal ad for 1/3 of a page or larger, 2 tickets are complimentary.

In her almost three decades at UJA-Federation of New York, Anita played a transformational role in helping to put disabilities on the agenda of the New York Jewish community. She accomplished this by founding a Task Force on People with Disabilities, which to this day brings together individuals with disabilities, professionals in the field, and concerned community members. Anita also became a driving force for building an integrated service system committed to inclusion. With philanthropic support, and most especially a remarkable partnership with the J.E. & Z.B. Butler Foundation, Anita expanded and enhanced programming for people with disabilities and their families served by the UJA-Federation network of agencies. She co-founded the ReelAbilities-New York Disabilities Film Festival with the JCC Manhattan a decade ago. In doing so, Anita helped showcase that films are an excellent vehicle for sharing the lives and aspirations of people with disabilities, thereby helping to raise the consciousness and awareness of the New York community about our common humanity. ReelAbilities has since grown into a national program with 17 participating cities across the United States and Canada. Although she retired from UJA-Federation in 2015, she continues to be involved in the work to achieve a more caring and just world.

Alexis practiced civil rights and special education law for the first part of her career. She was the lead attorney in several groundbreaking lawsuits under the Americans with Disabilities Act, which resulted in the use of innovative technology. For the past several years, Alexis has worked exclusively as a tech entrepreneur in the area of next generation technology with a focus on smart alerts. Alexis attributes her interest in technology to her parents, co-founders of Krown Manufacturing, who are deaf and are pioneers in the world of accessible technology for the deaf and hard of hearing consumer. Alexis remains closely involved with the deaf and hard of hearing community. She currently serves on boards for the New York School for the Deaf and the Jewish Deaf Resource Center. She is also the Public Policy Chair for the National Association of the Deaf. Alexis has a Juris Doctorate and a Bachelors of Business Administration from the University of Texas at Austin and was the first deaf graduate of the University of Texas Law School. She is licensed to practice law in New York, California and Washington D.C. Alexis and her husband Gary live in Westchester, NY and have three children, Leah, Ava and Ben.

Valerie Weisler was a shy high school freshman when she came across a student who was being bullied. Valerie said two words to him that changed both of their lives: “You matter.” His response, that her words “validated” him, planted the seeds for The Validation Project, which she launched to help other teens gain confidence and develop the skills they need to address a variety of different issues, providing them with a lens through which they could see their own worth. An alum of Camp Ramah in Nyack (and a current counselor), Valerie recognized and appreciated the support of her Jewish community when she herself was bullied at school. However, she also understood that other children did not necessarily have such support systems in their lives. Now an incoming sophomore at Muhlenberg College, Valerie has expanded The Validation Project into a global organization that works with 6,000+ teenagers in 105 countries. In these locations, The Validation Project partners teens with mentors, and are given social justice assignments. Valerie’s entrepreneurial curriculum has replaced government-led anti-bullying courses in nearly 1,000 schools across the world. Valerie was included in the New York Jewish Week’s 2016 list of “36 under 36,” has been featured on The Meredith Vieira Show and in Seventeen Magazine, Teen Vogue, Mashable and BuzzFeed. She was a recipient of the 2014 Jefferson Award for Peace and Justice and the 2016 Dillard Tikkun Olam Award. Valerie also serves as a Speaking Ambassador for the U.S. State Department. 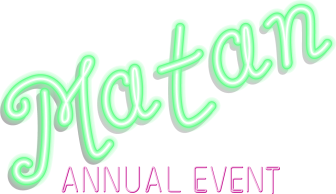