The Courage to Speak Up – Parashat Pinchas 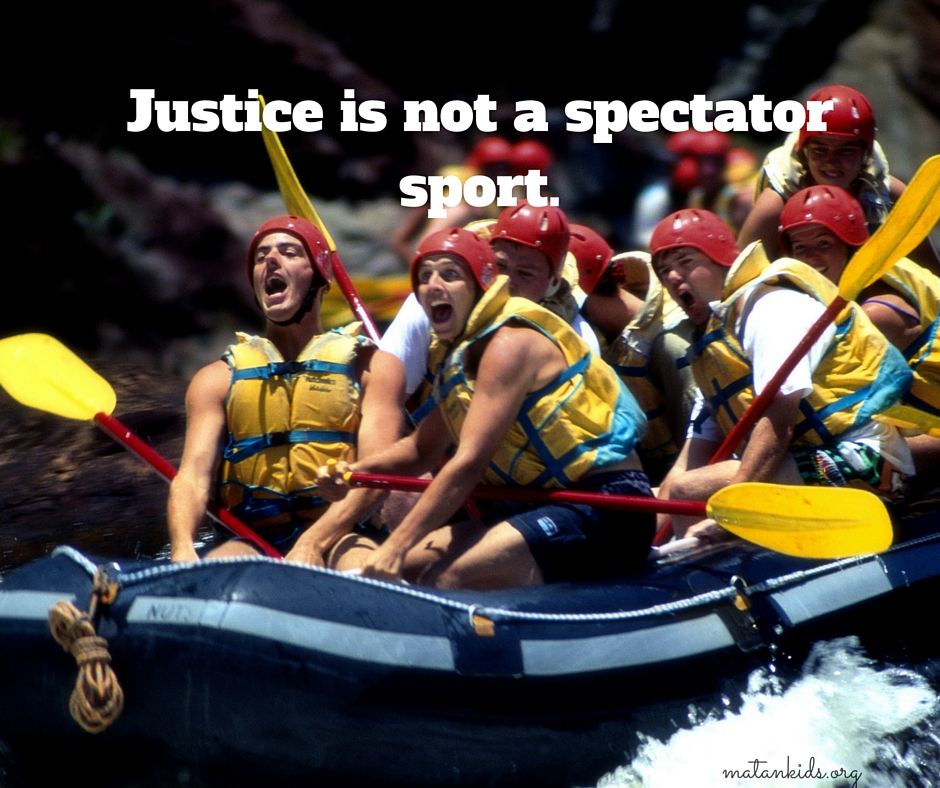 Zelophehad’s five daughters—Mahlah, Noah, Hoglah, Milcah and Tirzah—were not happy, and for good reason. Moses had announced the Torah’s inheritance laws, and they were unfair. Land could only be inherited by sons. The late Zelophehad had none. According to the newly-announced rules, instead of the five sisters inheriting their father’s land, it would be passed on to their extended family, to the male members of the clan.

This is not the first time in the Torah that we read about laws that treated women as second-class citizens. But this week, thousands of years ago in the Sinai desert, something different happened. Zelophehad’s daughters decided not to sit by silently and accept the status quo. Instead, they decided to take the matter into their own hands and to speak up:

“The daughters of Zelophehad, of Manassite family—son of Hepher son of Gilad son of Machir son of Manasseh sone of Joseph—came forward. The names of the daughters were Mahlah, Noah, Hoglah, Milcah and Tirzah. They stood before Moses, Eleazar the priest, the chieftains, and the whole assembly, at the entrance of the Tent of Meeting, and they said:  “Our father died in the wilderness,  He was not of the faction, Korah’s faction, which banded together against God, but died for his own sins; and he left no sons. Why should our father’s name be lost to his clan just becuase he had no son? Give us a holding among our father’s kinsmen.”  (Numbers 27:1-4)

The Torah sets the scene pretty dramatically. The protagonists are identified not only by name, but also by title or by lineage going back all the way to Joseph. The five sisters come forward, stand before their leaders and are given an opportunity to plead their case. They have no way of knowing in advance how their petition will be received, or whether they might be punished for daring to challenge the law in the first place.

The Torah doesn’t tell us how these sisters decided to take action. Imagine for a minute what the conversation among the five of them must have been like. Was the decision to stand before Moses and the rest of the Israelite leadership unanimous, or did some sisters have to convince the others? What emotions propelled them into action? Was it anger? A sense of fairness? A desire to perpetuate their father’s name? When the moment finally came to speak up, were they afraid? Indignant? Cool as cucumbers?

Whatever the answer to these questions, the Torah is quick to tell us that their courage paid off:

Moses brought their case before God. And God said to Moses, “The plea of Zelophehad’s daughters is just: you should give them a hereditary holding among their family’s kinsmen; transfer their father’s share to them. Further, speak to the Israelite people as follows: ‘If a householder dies without leaving a son, you shall transfer his property to his daughter.’”  (Numbers 27:5-8)

God emphatically approves their request, and then some. Zelophehad’s daughters not only won the right to inherit their father’s land, but also were singlehandedly responsible for changing the law for future generations of women.

The message of this story is as relevant today as it was then: In order to make our communities more inclusive, we must empower ourselves to create change. Justice is not a spectator sport. It takes courage, energy, a sense of purpose, and more courage. Those who first forge a path for equality, like our heroes Mahlah, Noah, Hoglah, Milcah and Tirzah, make it easier for those who come afterwards. What a legacy to leave.

As we lead up to reading the story of Zelophehad’s daughters this Shabbat, consider taking a minute to consider: In what ways can your community be even more inclusive of people with different needs and abilities? What role can you play in making it so?

Let the story of Mahlah, Noah, Hoglah, Milcah and Tirzah remind us that when the cause is just, and when we muster the courage, we can change the world—not only for ourselves, but for those around us and for generations to come.

Rabbi Ian Chesir-Teran is the Rabbinic Educator in Israel for T’ruah: The Rabbinic Call for Human Rights, and the Director of Diaspora Communications for the Israel Religious Action Center.  He lives on Kibbutz Hannaton with his husband and three children