We are thrilled to introduce the newest Matan Institute Cohort! These talented educators are participating in a year-long professional development experience with Matan, helping to ensure that their communities will be inclusive of all learners.

Read more about this impressive group below. 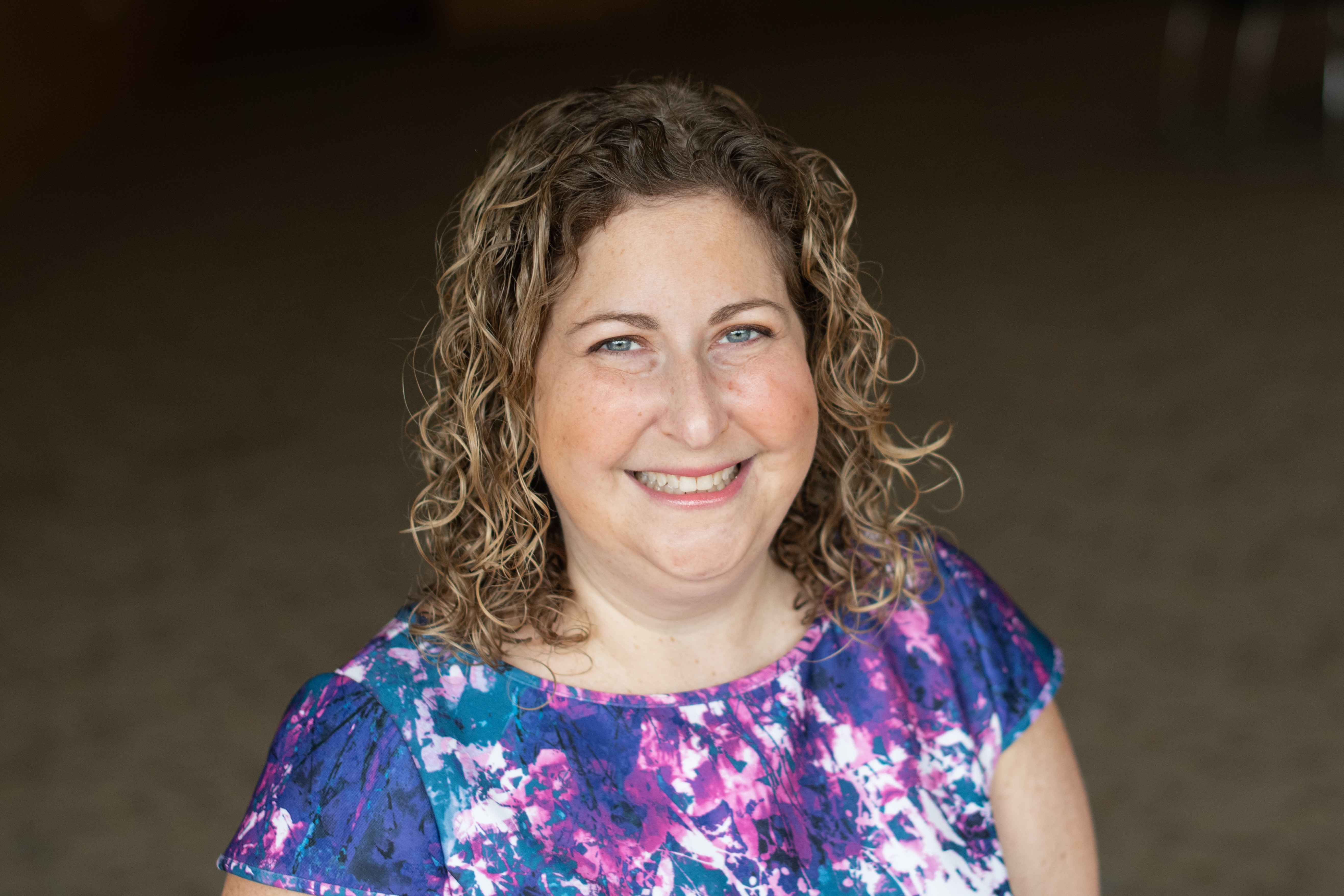 Missy Bell, RJE, is the Director of Education at Congregation B’nai Jehoshua Beth Elohim (BJBE) in Deerfield, Illinois. Previously, Missy served as Director of Youth Learning and Engagement at Congregation Emanu-El of the City of New York. She has a Master of Arts in Jewish Education and a Master of Arts in Jewish Communal Service from Hebrew Union College – Jewish Institute of Religion. She did her undergraduate studies at Washington University in St. Louis, majoring in Jewish, Islamic and Near Eastern Studies. Missy is an alumna of the inaugural cohort of the Ruskay Institute for Jewish Professional Leadership at UJA-Federation of New York. Missy is honored to be an incoming Vice President of the Association of Reform Jewish Educators (ARJE) after serving on the board for six years.

Niki currently works at Park Avenue Synagogue in New York City as their Director of Youth Programming and Engagement. Previously, Niki worked at UJA-Federation of New York in the Center for Youth Philanthropy, running the middle school and high school programs. Niki graduated from New York University in 2013 with a Bachelor of Arts in sociology and a double minor in social work and child & adolescent mental health studies. Niki is passionate about the next generation of the Jewish people, dedicating her professional and personal time to connecting young adults and teens with Judaism and Israel. She attended both Jewish summer camp (Camp Modin) and Jewish day school (Solomon Schechter School of Westchester), and remains actively involved with the school. Niki lived in Israel during both high school and college, and is a committed Zionist. She is also a Birthright Fellow and has led four Birthright trips to Israel. During her free time, Niki loves to play soccer, run with her dogs, travel the world, and spend time with her family. 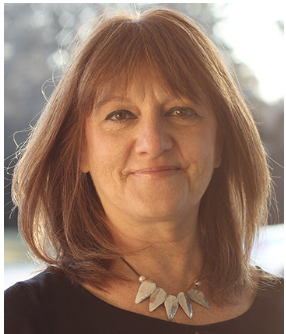 Alicia currently serves as the Director of Formal Education at North Suburban Synagogue Beth El in Highland Park, Illinois. Alicia is a native of Argentina and lived in Israel for many years. While in Israel, she obtained a Bachelor of Arts in Education Counseling from Bar-Ilan University and then a Master of Arts in Educational Psychology from The Hebrew University. Alicia completed an Educational Specialist Degree in Curriculum and Instruction from George Washington University. Alicia held a number of professional education positions in the United States. She served as the Principal at West Suburban Temple Har Zion in River Forest in the Chicago area for thirteen years and was the Director of Makor Or, Special Needs Center of the Board of Jewish Education of Metropolitan Chicago for five years. Alicia was awarded the title of “Conservative Jewish Educator” (‘CJE’) and she holds a Principal’s License from the National Board of License for Teachers and Principals of Jewish Schools in North America. Alicia has a degree of Doctor of Science in Jewish Studies from Spertus Institute for Jewish Learning and Leadership. 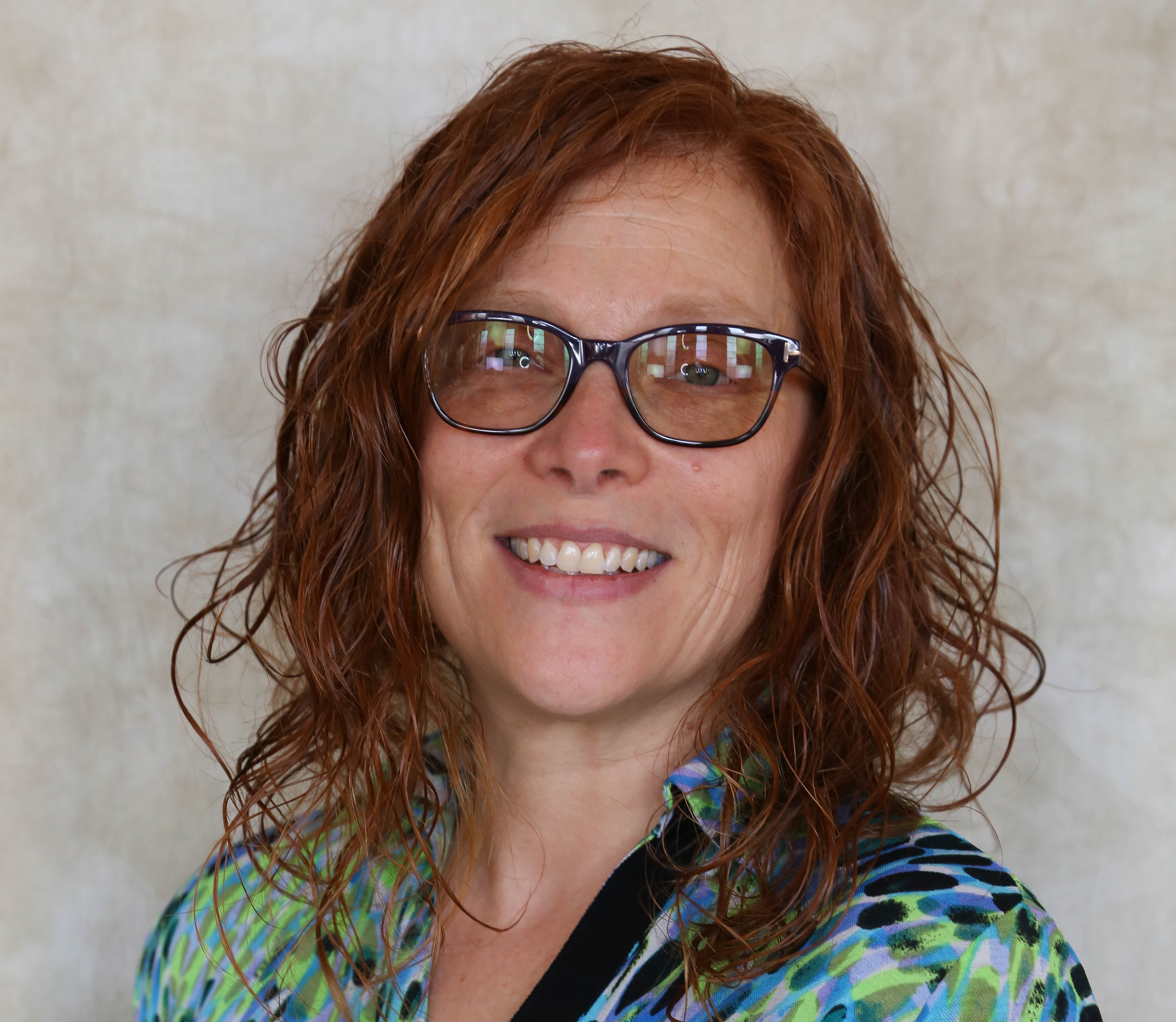 Faye Gilman is the Educational Leader of the Reform Temple of Forest Hills in Forest Hills, New York. She has worked in the field of Jewish Education for over 20 years as a teacher and administrator. During her years in the field of Religious School education, Faye has earned a reputation as a caring and dedicated advocate for her students. She has also made her mark with her efforts toward curriculum development and innovative programming for school-wide events and family education seminars. 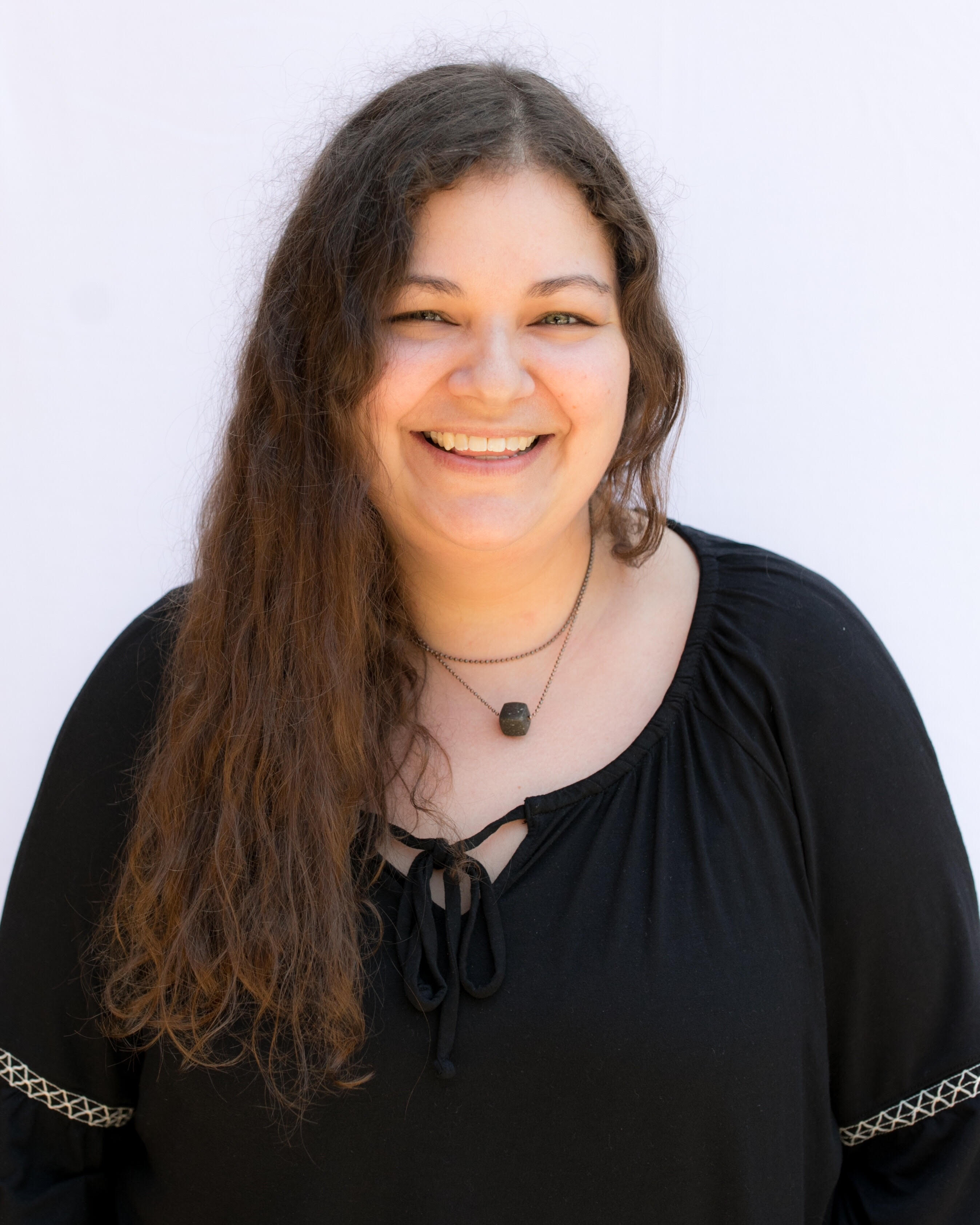 Jessie Lavintman is an Assistant Director at the Park Avenue Synagogue Congregational School in New York City. She holds her BA from University of Wisconsin, Madison, and earned her MA in Jewish Education from the William Davidson School at JTS. As a part of her MA program, Jessie spent a year in Jerusalem studying at Pardes Institute, where she received a Certificate of Advanced Jewish Studies. She has taken courses in Torah Yoga, and Jewish spirituality, is trained as a life-coach, and birth-doula, and believes in bringing out everyone’s unique gifts.

Gaby is currently the Afterschool Program Coordinator at Makom Community in Philadelphia, Pennsylvania. She is a musical and energetic Jewish educator who grew up in Central New Jersey. She studied psychology and linguistics at NYU and spent many happy summers at Habonim Dror summer camps. Gaby recently completed her M.Ed. from Weidner University. She loves dancing, baking intricate desserts, and making the world a more colorful place. She’s spent the last two years working as the Afterschool Program Coordinator for Makom Community and is looking forward to more. 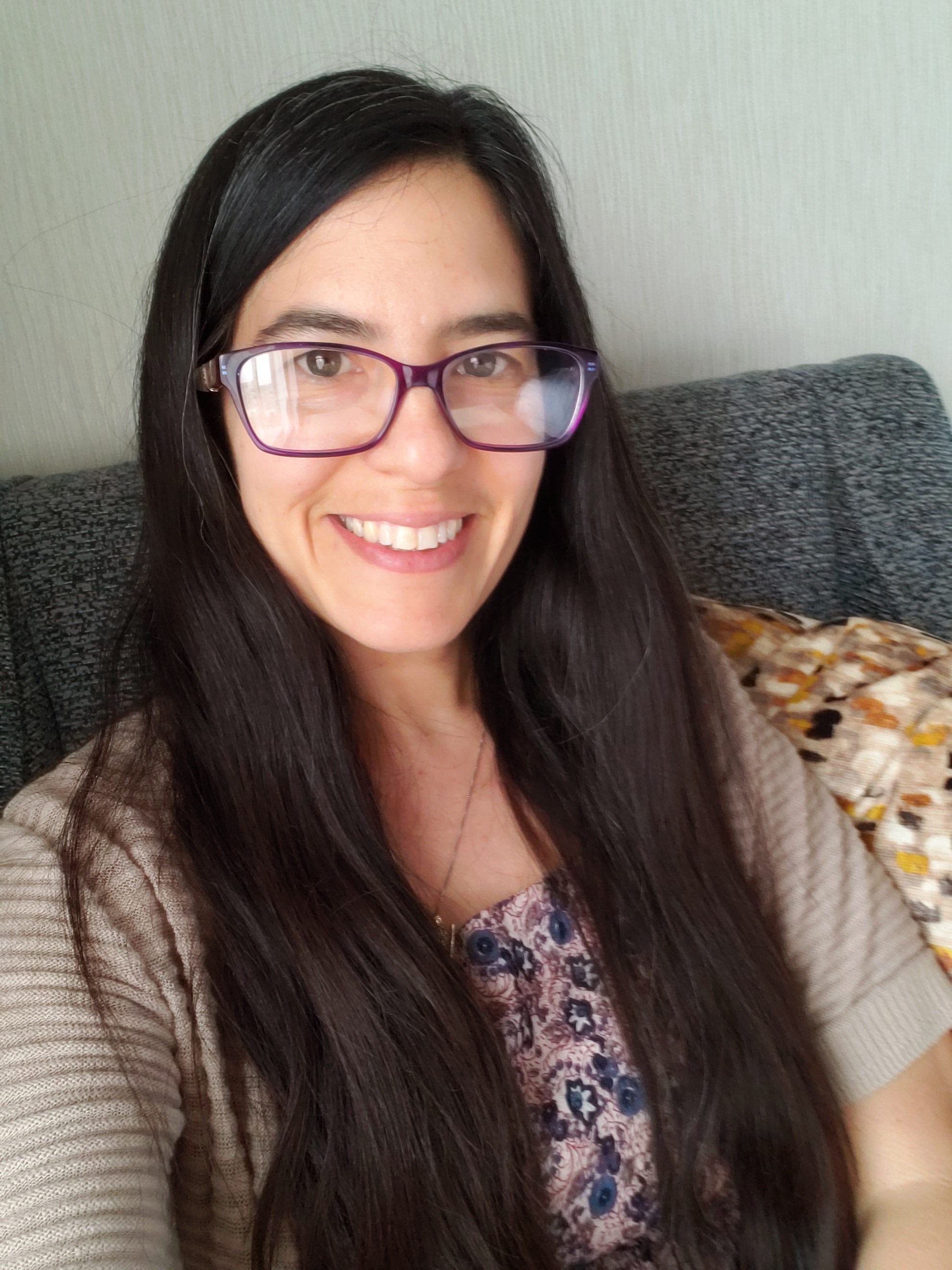 Rachael’s “day” job is working for an organization called Easterseals Midwest where she is Manager of one of the Community Connections Day Program locations. The Community Connections program supports adults with developmental disabilities (including Autism) to connect with their community and community members through volunteerism and recreational activities. Her “other” job is working for Congregation B’nai Amoona in St. Louis where she has been working for approximately 5 years as the Inclusion Coordinator for the Religious School. During that time, Rachael works with students who may need extra support, partners with shadows to ensure that they have the support they need for their students, and also supports classroom teachers. She enjoys what she does in BOTH jobs and looks forward to learning more about inclusion through Matan and this cohort. Rachael is married to Neil and they have three kids, Eli (13), Adeena (11), and Liam (9). The kids attend a Jewish Day School in St. Louis, MO, which is where they live. 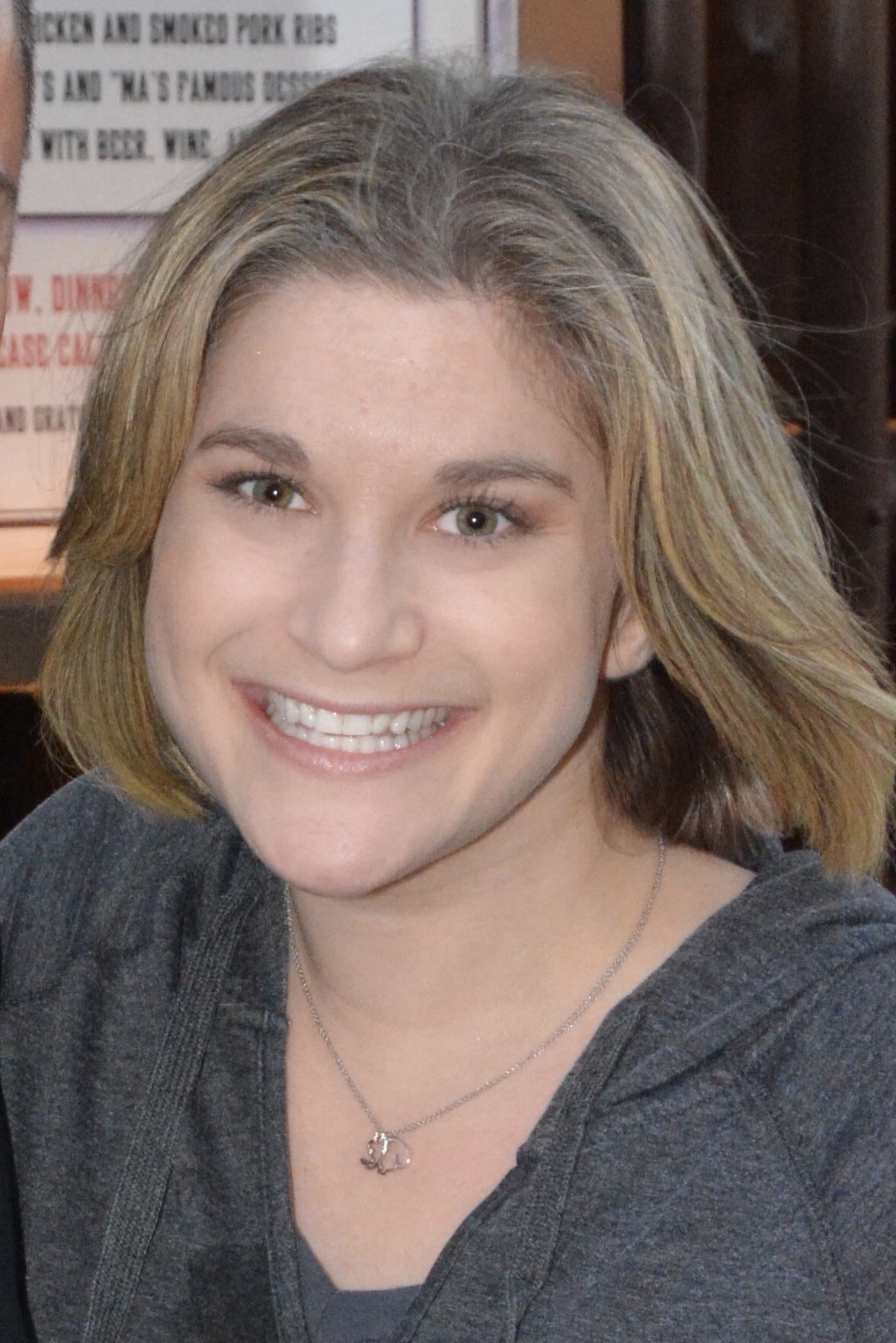 Arielle Richman has been working as a Community Educator at Temple Israel Center in White Plains, New York since 2017. In July 2019, she will begin her new role as Assistant Director of Shorashim, Temple Israel Center’s Religious School for grades K-6. Arielle is from Rockland County, New York and has been a member of the Conservative movement her whole life. After obtaining a BA at UMASS Amherst, she went on to earn a Master’s in Elementary Education in Childhood Education from CUNY Hunter College and a permanent certificate in Early Childhood education. At Temple Israel Center Arielle leads the Tot Shabbat services, teaches 3rd grade in Shorashim, runs the Halutzim (K-2) youth group, as well as plans and runs community wide events. Arielle is a passionate educator who is committed to empowering learners in their educational experience by following their lead. Her goal is to create a hands-on, multi-sensory, cooperative learning environment that empowers individuals of all ages and abilities to develop their identities as members of the Jewish community. 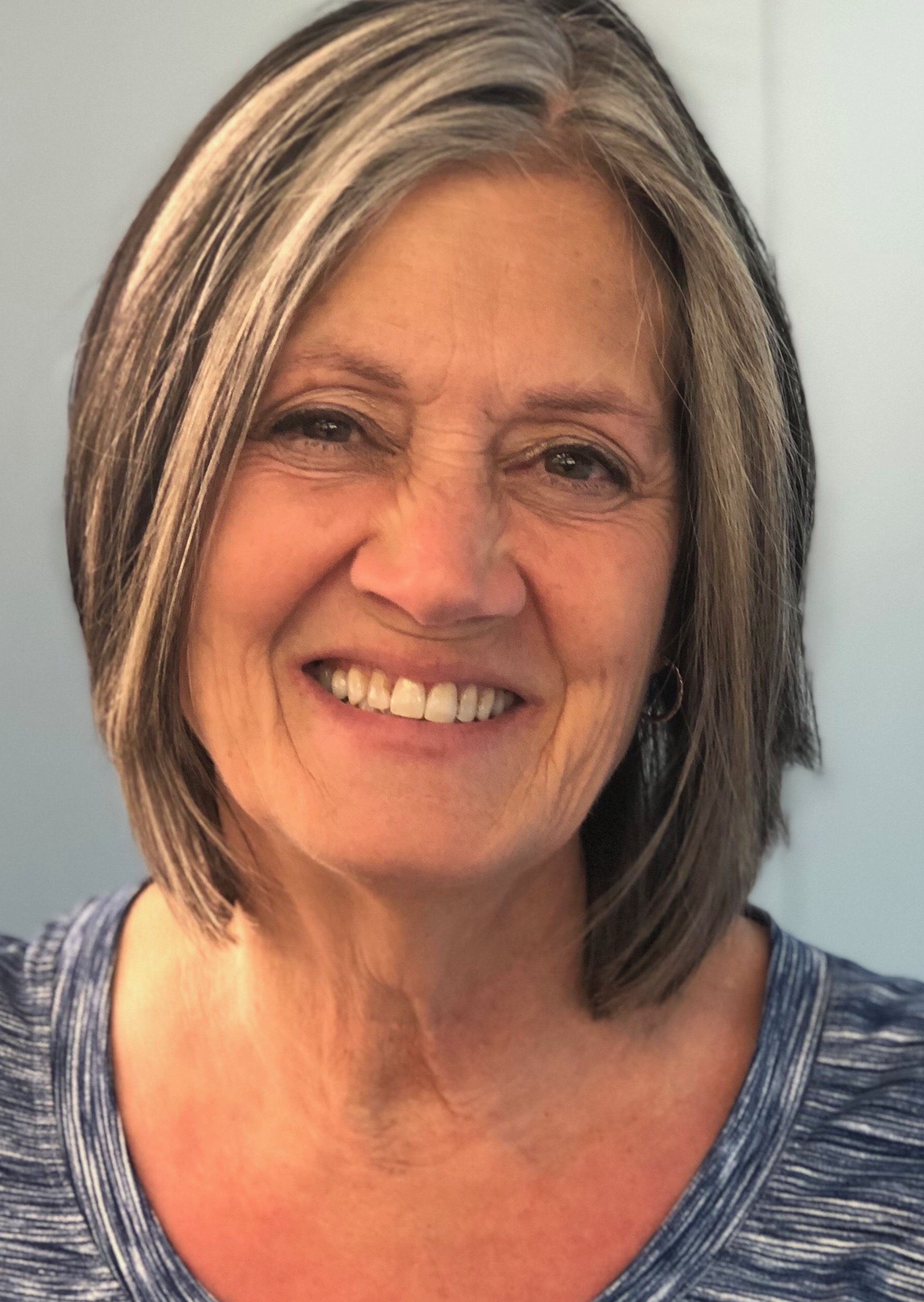 Lisa Richman is the director of the Religious School at Temple Beth Hillel-Beth El (TBHBE) in suburban Philadelphia and has been a professional Jewish educator in the Philadelphia area for over four decades. She taught at the Perelman Jewish Day School – Stern Center from 1976 through 2018. She has a Master’s in education from Temple University and a Bachelor of Hebrew Literature from Gratz College. She is currently enrolled in the Ed.D. program at Gratz College. Lisa taught and then became the Education Director at Camp Ramah in the Poconos. She has been consistently involved with Temple Beth Hillel Beth El’s Religious School for many years. Lisa lived in Israel in the early 1980s and has maintained close connections with family and friends there. Lisa has given workshops for teachers in North America and in Israel, and has mentored Pardes Institute of Jewish Studies student teachers for many years. Her special interests include family education, Israel education, integrating technology in Judaic studies, Hebrew improv games and combining formal and informal education. 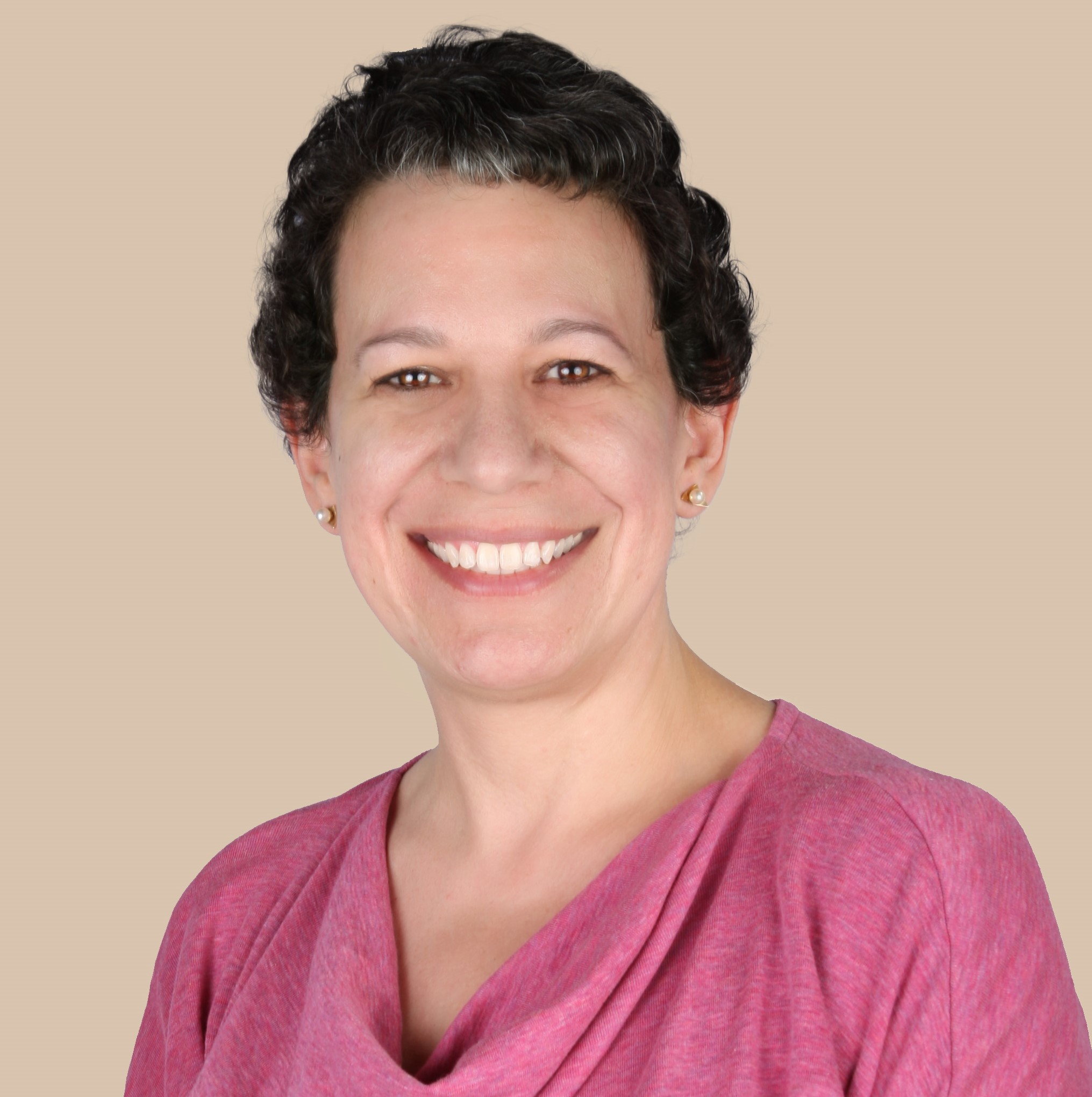 Rabbi Julie Schwarzwald is the Director of Congregational Learning at Adath Shalom in Morris Plains, New Jersey and is responsible for providing educational programming for all ages and stages. She began her career as an elementary educator, teaching in public, private, and Jewish day schools. A career shift led to becoming the Education and Youth Director at the East Brunswick Jewish Center in New Jersey, where her job expanded to include instructing b’nai mitzvah students and teaching adults to chant Torah and Haftarah. Ordained in January 2019, Julie is excited to add another element to her personal education as well as augmenting skills and knowledge in her professional life. Having grown up in Shaker Heights, Ohio, Julie has a BA from Wesleyan University in Education Policy Studies and an MA from Teachers College, Columbia University in Computing in Education. She was the first recipient of the Si Schwartz Young Leadership Award from the New Jersey Region of the United Synagogue of Conservative Judaism in 2007. Rabbi Julie is currently serving on the boards of NewCAJE and of the Jewish Educators Assembly, where she is also the President of the New Jersey Region. 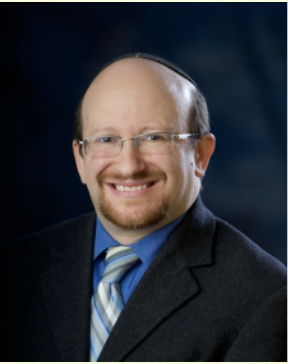 Charlie Sherman is the Head of School at Am Yisrael Congregation in Northfield, Illinois where he has been since 2010. Charlie introduced technology into the classroom via Smartboards, iPads, Google tablets, laptops and video chatting to Israel and other places worldwide. He launched Shabbat Family Programming (SFP), which meets once-a-month and supplements our educational curriculum. He is striving to make our School of Jewish Studies (SJS) a more “camplike” experience for the children by adding electives (Chugim) such as Art, Band, Israeli Culture, Jewish Family Feud, Kahoot, Musical Drama, Multi Media Production and the Yad Squad. Charlie is a graduate of the Jewish Theological Seminary’s joint program with Columbia University for his undergraduate studies. A native of suburban Minneapolis, MN and a product of Camp Ramah In Wisconsin, he went on to receive his Master’s degree in Jewish Education from JTS. Charlie began his career as a teacher and director of Jewish programming for ten years at the Rodeph Sholom School in New York City. He served as Educational Director at Congregation Or Zarua in New York and as Jewish Studies Principal at the Milwaukee Jewish Day School, a Kindergarten through 8th Grade Jewish Community Day School. Charlie is a 2005 recipient of the Grinspoon-Steinhardt Award recipient. He is a member of the Mandel Teacher Educator Institute (MTEI), a national board of the Jewish Educators Assembly and a past-President of the Jewish Educators Assembly Midwest Region. Charlie and his wife Laura are the proud parents three children: Michael 15, Gabe 13, and Amelia 4. 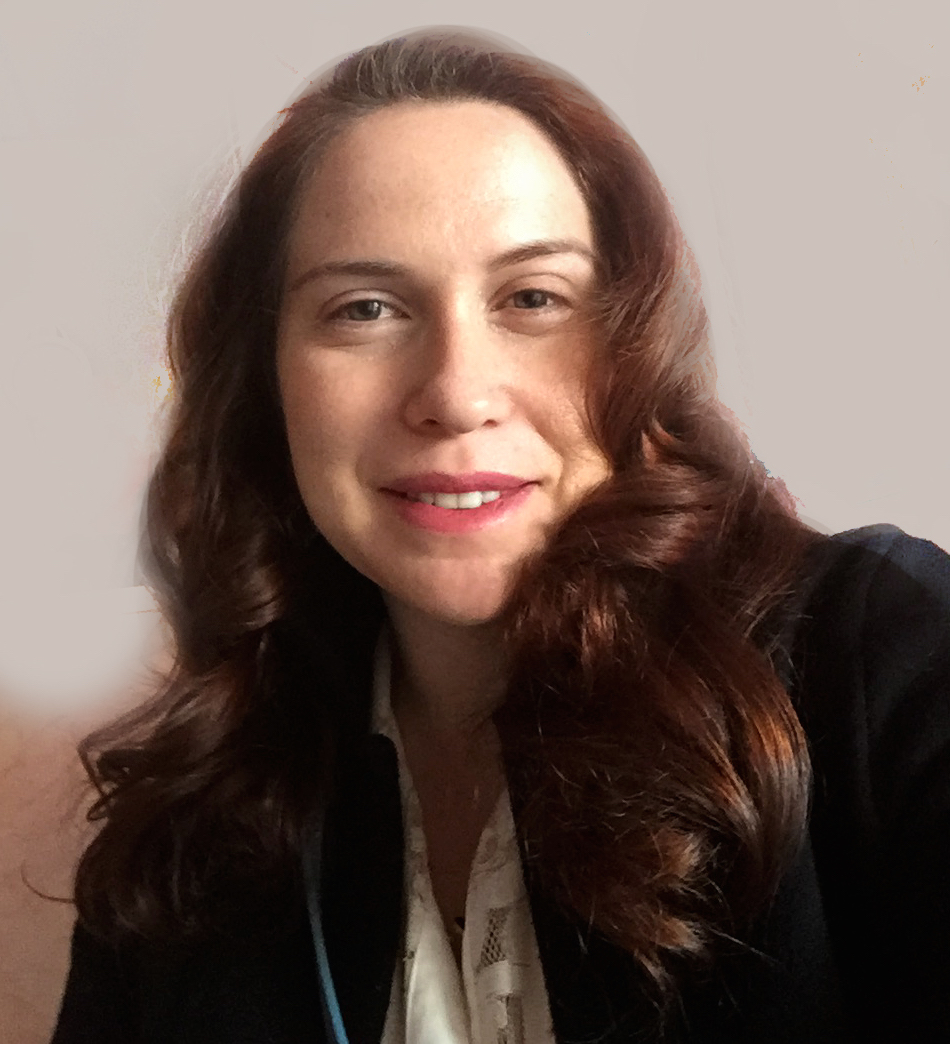 Rachel Singer joined the Park Avenue Synagogue Congregational School in New York City in August, 2016 as Assistant Director for grades 3-6. Prior to joining the PAS team, Rachel was the head of the art and photography program and the head of specialty programming at Camp Ramah in the Rockies. Previously, she worked with the Israel Antiquities Authority, the Israel Nature and Parks Authority, and the European Union Designing Safer Urban Spaces project in Israel. Growing up in Jerusalem helped Rachel realize the wonderful and multifaceted aspects of Judaism and Jewish history. She holds graduate degrees in Urban Design and the Conservation of Material Culture and has a BA from the Hebrew University of Jerusalem.

Dore Tarr is currently the Education Director at Congregation Beth Shalom of Naperville, IL. She has over a decade of experience in education teaching all ages, from preschool to adults, in the US and abroad. She taught in the public school system and taught Judaica as a religious school teacher for eight years. A lifelong learner, she holds a Bachelor of Science in Psychology, a Bachelor of Arts in Jewish Studies, and Master of Education in Elementary Education, all from the University of Florida. She also completed a Master of Arts in Jewish Professional Studies with a concentration in Nonprofit Management at Spertus Institute for Jewish Learning and Leadership.