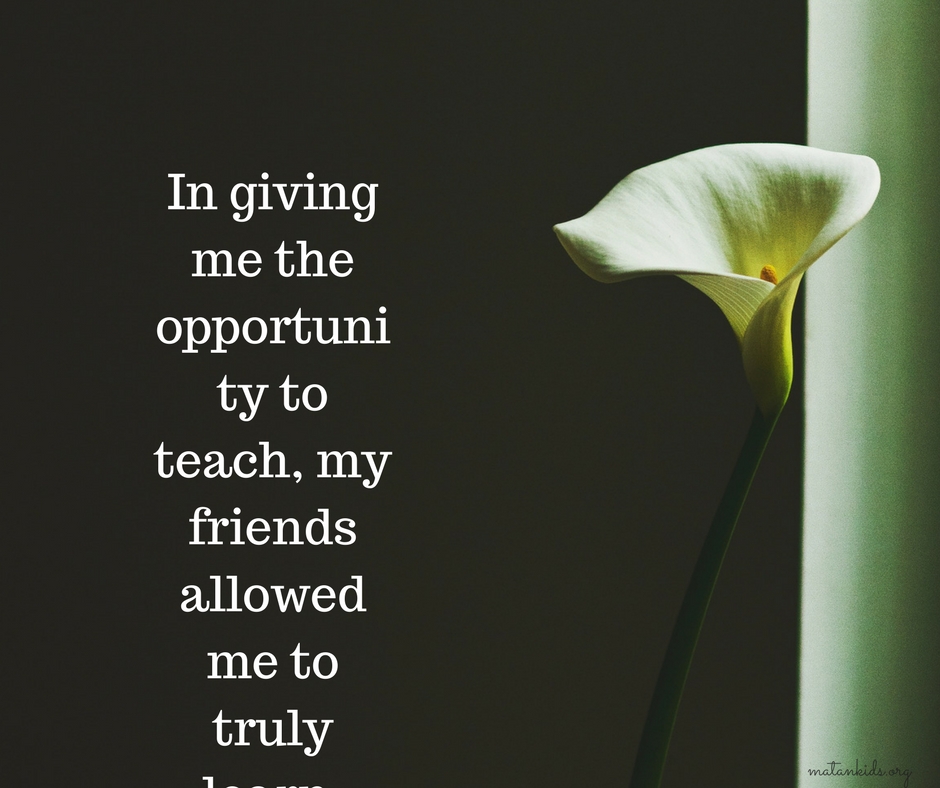 The most engaging Passover Seder I experienced took place in 2008, during my first year of study at Hebrew Union College-Jewish Institute of Religion in Jerusalem. Friends invited me to join them for a fully participatory seder: they asked each guest to contribute a teaching or an activity to interpret a section of the Haggadah.

Though I’d spent the prior three years enriching my family’s sedarim in Connecticut, this experience was different: the guests included a doctoral student in Jewish history, a clinical psychologist, and several students more advanced in their studies than me. What, I wondered, could I possibly teach them? I felt as though I was the son from the Haggadah who didn’t know how to ask.

The ninth chapter of the Mishna in Pesachim lays out an educational philosophy for the seder:

They pour a second cup [of wine] for him. And here the son questions his father. And if the son has insufficient understanding [to question], his father teaches him [to ask]: Why is this night different from all [other] nights?…And according to the son’s intelligence, his father instructs him.

The Mishnah makes it clear: the goal of the Seder is not about flaunting knowledge. Rather, its goal is to engage each learner at the table in a manner appropriate to each person’s skills and talents. In that way, it anticipates the educational philosophy of Howard Gardner: “The biggest mistake of past centuries in teaching has been to treat all students as if they were variants of the same individual and thus to feel justified in teaching them all the same subjects the same way.”

This is also what is hinted at in the Jerusalem Talmud, when it offers the midrash of the four sons as a reflection on the Mishnah:

The Torah speaks of four sons: One is wise, one is wicked, one is simple, and one does not know how to ask.

After each child is introduced, the midrash offers a possible answer for each. Every child is answered in accordance with his disposition. According the the child’s intelligence, the parent answers.

Understood this way, the goal of the seder becomes clear: we are not meant to recite a static ritual by rote; rather, we are charged each year to create and recreate ritual that dynamically engages each learner according to their abilities.

To accomplish this requires a learner-centered approach to education. In some ways, the Haggadah already offers us a methodology grounded in Gardner’s theory of multiple intelligences: we retell the story of the Haggadah (linguistic learning), we calculate the plagues (logical/mathematical learning), we sing sacred songs (musical learning), we elevate the maror, the matzah, and the shank bone (spatial learning), and we lean to demonstrate our freedom (bodily/kinesthetic learning). This foundation should encourage us to go farther: what can we do to make sure that everyone at our seder feels engaged and fulfilled?

That Passover in Jerusalem, the fear I experienced gave way to empowerment. I was challenged to make meaning for myself and share that with others, in a safe and supportive environment. Had I not received this task to be more participatory in the seder, I would have been a passive observer. In giving me the opportunity to teach, my friends allowed me to truly learn.

This Passover, may we all be active participants in the Exodus from Egypt. May we be blessed with freedom, learning, empowerment, and growth.

Dena Stein, MARE, MAJNM is the Assistant Director of Alumni Engagement and Development at Hebrew Union College-Jewish Institute of Religion. She is a Jewish educator living in the San Francisco Bay area with her husband and two children.

d'var torah Passover Seder Torah
The Haggadah as a Learner-Centric Teaching Tool – A Dvar Torah for Pesach2017-04-122017-04-10https://matankids.org/wp-content/uploads/2016/01/logo.pngMatanhttps://www.matankids.org/wp-content/uploads/2017/04/In-giving-me-the-opportunity-to-teach-my-friends-allowed-me-to-truly-learn..jpg200px200px
About
MeredithPolsky
Contact Us
Menu
Subscribe to Newsletter
Copyright Matan. All Rights Reserved